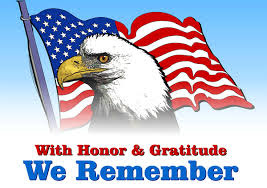 Posted by Beverly Stowe McClure at 5:00 AM 6 comments:

When we look around us, listen to the news, and hear people talking, the world looks pretty bleak but you know what. We've faced challenges before and always won. Let me give you another example to add to the ones I've been reading about lately: the polio challenge of the 50s. And that goes back to my years so the latest one is not my first.

My information is taken from Centers for Disease Control Prevention.-PolioEeliminate in the US.

Polio was nearly eradicated with the Salk vaccine in 1955. The US has been polio free since 1979. In early 1950's, before the polio vaccine, outbreaks caused more than15,000 cases of parallysis  each year.  In 1963 they had an oral polio vaccine. I remember standing in line with my husband at the nearby school, with other people, waiting for my sugar cube of the oral vaccination.

In the late 1940s an average of more than 35,000 people were crippled each year, Public health officials imposed quqrantines  to seperate and restrict  the movement of well people who might have been exposed  to a contageous person.

Since 1979 no cases of polio have originated in the US Vaccine have been given in the US since 2,000. A shot in the arm or leg has beem avaiable since 1955.

I imagine we'll be hearing similar vaccines for us. When? Who knows? Soon, I pray.

There is a big house on a hilltop in the town where I grew up. Legend says that the young girl who lived there was called The Girl in the Iron Lug because she had polio and was paralyzed the rest of her life, her only survival depending on the iron lung that breathead for her.

Franklin D. Roosevelt contracted polio 12 years before he became president. In 1938 he founded theNational Foundation for Infantile Paralysis and started the March of Dimes for polio research. US
recorded it's last case of polio in 19709. See. There is hope if we have the faith.

Posted by Beverly Stowe McClure at 4:30 AM 9 comments:


Due to circumstancies I could not solve, I 'm late with this review, but here it is, from my heart. 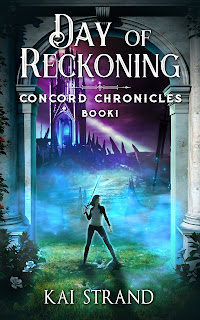 
From the opening scene of DAY OF RECKONING, CONCORD CHRONICLES BOOK 1, to the end of the story I was hooked. How could I not be with the interesting characters I met. Take Terra, for instance, a girl who on her twelfth birthday discovers who she really is, and her whole life changes. The other characters are fantastic, too, like someone you’ve never encountered before, living in a strange new world.

DAY OF RECKONING is a lovely fantasy story that will keep you reading to see who Terra meets next and what happens in this new world she finds herself in. At least it did me. So, take a look and visit another world like none you’ve ever seen before.

AMAZON
And
BARNES AND NOBLE


I don't have the other information. It may be lost in what's known as my email from AOL. I don't know what's there because it won't open. Have a great tour, Kai, while I run and hide.

Happy Reading to All!

Posted by Beverly Stowe McClure at 5:00 AM 11 comments:

Today, Toi is launching Joe and Chip in Quarantine to the world. To celebrate this launch, she is offering a free ebook and a fundraising giveaway for #GivingTuesday.
~

Daddy, what’s a quarantine?
Mommy, why can’t I play with my friends?
Life in the time of a quarantine can be hard and sometimes kids have trouble understanding what to do and why. That’s why I’ve written this book. I want to help kids and adults cope with the “new normal” that is a quarantine.
Meant for educational purposes, but still an enjoyable, light, and colorful read, Joe and Chip in Quarantine leaves you with an overall impression that this is what we have to do, for now, so let’s make the most of it.
Amazon: eBook (FREE) US  UK  DE  FR  ES  IT  NL  JP  BR  CA  MX  AU IN
All 5 of Toi's other children’s ebooks are on sale today for $0.99.
~
Enter to win a $20 (USD) donation for the
charity or cause of your choice.
a Rafflecopter giveaway

Thanks for stopping by.

Posted by Beverly Stowe McClure at 4:00 AM 73 comments:

AND FRIDAY'S TOUR A DAY LATE

If you're still touring, you don't want to miss these two blogs. Here they are.

Have a super weekend.
Posted by Beverly Stowe McClure at 5:50 PM 1 comment: