Sunday was a special day, so if you forgot it or didn't celebrate, here is a gentle reminder from a grandmother. 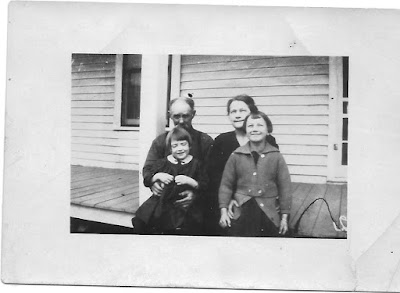 These are my grandparents on my mother's side of the family. You've probably seen this photo before. I don't have my dad's parents on this computer. But I wish them all a Happy Grandparents Day, my angels in Heaven.

GRANDPARENTS PLAY A special role in their grandchildren’s lives—as bestowers of life lessons, personal values, family traditions, and unconditional love. Whether they are helping their own children parent or have taken on the role of full-time caretakers, grandparents nurture their grandchildren emotionally, physically, and socially.
Marian McQuade, a native West Virginian, appreciated the importance of these elders and their vital role in families. In the 1970s, she began campaigning for a designated day to honor grandparents. McQuade worked to raise awareness around the value and support of senior citizens, and West Virginia became the first state to celebrate Grandparents Day in 1973. Finally, through her persistence, President Jimmy Carter declared in 1978 that the first Sunday after Labor Day would be officially recognized as National Grandparents Day.
The day has since been adopted internationally, with celebrations in Australia, Poland, Hong Kong, Singapore, and many other countries, but the date of each holiday varies. For instance, in the United Kingdom, it is observed on the first Sunday in October, and Poland recognizes grandmothers and grandfathers separately—on January 21 and January 22, respectively.
Have a great week.
Posted by Beverly Stowe McClure at 5:00 AM