Welcome. I'm so happy you stopped by today. We have a special treat for you.  Enjoy.

QUESTION: If the witch’s broom
could bring you anywhere in the world, where would you want it take you?
Gregory Green: Since the broom is magical, I wonder if it
could bring me under the sea so I can breathe. I’d be able to see mermaids,
sharks, whales, and all kinds of sea creatures. And then, way out in the ocean,
it could land me on a real pirate ship. Maybe even the Black Pearl with Captain
Jack Sparrow! He’s the reason why I dressed up as a pirate this year for
Halloween.
Sammy the Teddy Bear: The
moon! I have friends who live there. Actually, I have friends everywhere.
*whispers* Friends that Gregory doesn’t even know about. That’s just one of my
many secrets. *winks* My moon friends come to visit me when they can, but they
always say I need to come up there to see their home, and boy do I want to.
They also make the best cheese. Yum!
Elaine Kaye, Author: I would love the broom to take me to
Oahu, Hawaii because I lived there in the late '60s for about ten years. It
would be neat to see how things have changed since then. And, of course, I’d
love to make several trips to Waikiki Beach.
When I was younger, I would go to beach

every weekend to tan on the white sands and stare out at the endless ocean. I’d
like to do that again. Now, if the broom could take me back in time, I’d like
to see Elvis play at the Honolulu International Center Arena for his world
tour. I saw that performance, and it’s my greatest memory from Hawaii.
Now, it’s
your turn! Where would you want to go on the witch’s broom? 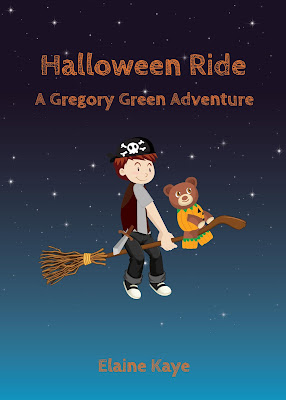 BLURB: One Halloween night,
Gregory and his teddy bear Sammy go trick-or-treating, hoping for lots and lots
of candy. But Sammy is scared of everything and is constantly asking, “What’s
that?” Gregory gets annoyed until one of those things turns out to be a flying
broomstick. And this broom wants them to go for a ride. Where will it take
them? 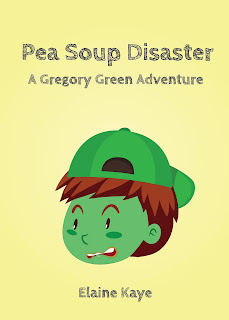 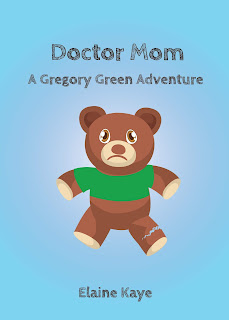 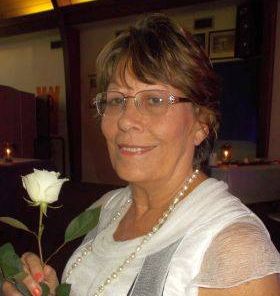 Elaine Kaye is the
author of A Gregory Green Adventure
series. She first created Gregory Green after her son, who loved her homemade
pea soup.
Kaye
has worked as a library assistant and teacher's assistant in elementary schools
in the Sunshine State. She currently lives in Florida, but she has called
Michigan; Honolulu, Hawaii; and Okinawa, Japan home.
She
is a grandmother of three boys. 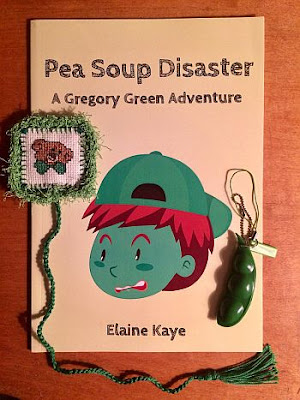 a Rafflecopter giveaway
<
Posted by Beverly Stowe McClure at 5:00 AM