I am delighted to be a part of the cover reveal for FAIRDAY MORROW AND THE TALKING LIBRARY, the latest middle-grade novel from Jessica Haight and Stephanie Robinson. Look at that cover. Don't you know something exciting is about to happen? 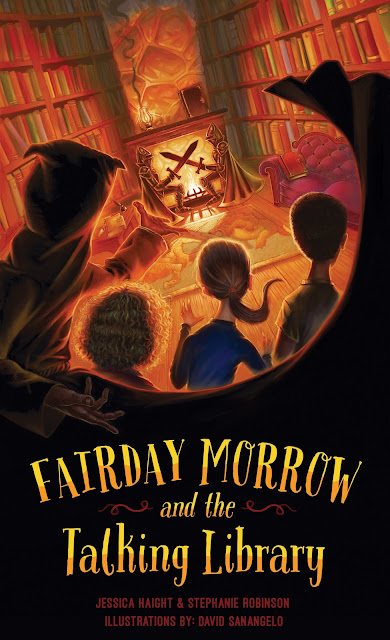 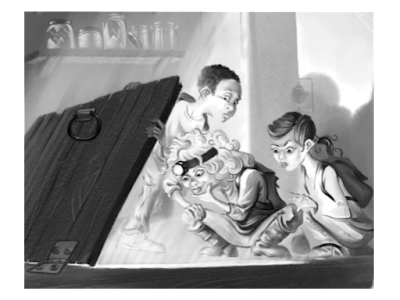 Eleven-year-old Fairday Morrow had no clue that moving from Manhattan to the small town of Ashpot, Connecticut, would lead to an unsolved mystery. Her parents’ dream of renovating a crumbling Victorian, called the Begonia House, into a bed and breakfast had seemed like treachery at the time. But Fairday found out that her new house kept secrets, and once inside its twisted front gates, anything was possible.


When mysterious notes start showing up warning that a librarian is in trouble and a bookworm is eating words, Fairday thinks the Begonia House has more skeletons in its closets. She notices a passage in her favorite book has been changed, and she’s certain something is dreadfully wrong. What happens to stories when their words get eaten?


The Detective Mystery Squad is ready to investigate! Fairday, Lizzy, and Marcus take off on a sticky trail and tumble into Nowhere. Like Alice in Wonderland, Fairday finds herself in a world where nothing makes sense and the lines of reality are blurred.


The three sleuths discover amazing things about themselves as they unravel more secrets within the walls of the Begonia House. Follow along with Fairday and friends as they open the next case in the DMS files to unlock the mystery of the Talking Library. 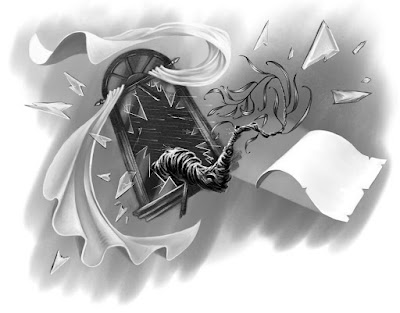 ~ ONE ~
Strange Notes
Fairday Morrow woke to a loud crack of thunder. As she bolted upright in bed, her gray eyes flew open. Rain pelted against the window. Electricity charged the air. Lightning flashed, and she saw the old willow tree in her backyard lurching wildly. A whip-like branch smashed the glass and the storm raged into her room. BOOM! The sky lit up. The wind blew in like a tornado, tossing wet leaves and sticks around. Fairday shrieked and ducked under the covers.

“Fairday! Are you okay?” her dad shouted from the hallway.

Auntie Em, the family pug, was barking her head off.

“Yeah, I’m alright,” Fairday answered in a shaky voice. She peeked out from the blankets as a burst of light split the dark. For an instant, glass shards twinkled like stars across the tattered lion-and-unicorn carpet; the heavy drapes flapped, twisting in the wind. On the next lightning strike, Fairday saw a paper blow in through the broken window. But the second she glimpsed it, thunder boomed, the house shook, and everything blacked out. 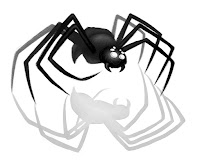 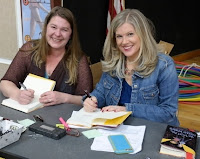 Jessica Haight and Stephanie Robinson have been friends since they met freshman year of high school. After discovering they both loved the same books, their friendship grew, and they went on to co-author The Secret Files of Fairday Morrow. The first mystery in the Fairday Morrow series, released with Delacorte Press in December 2015. Stephanie and Jess are excited to present the next case in the DMS files. Having the brilliant illustrations created by their close high school friend, David SanAngelo, has made bringing the story to life magical. To contact Stephanie and Jess or learn more about their journey, please visit: fairdaysfiles.com 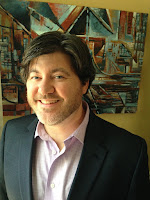 David SanAngelo, Illustrator
David SanAngelo is an award winning illustrator, and a two-time Emmy nominated director of animated shows for children and he won a kite flying contest in the fourth grade. Dave attended high school with Jessica and Stephanie, and they've all been friends for a billion years. Some of Dave's favorite things are: old monster movies, superheros and shred-a-licious rock music. Although he grew up in New England, Dave currently lives with his wife and sons in Decatur, GA. To learn more about Dave's illustrations, please visit: davidsanangelo.com 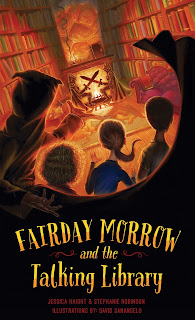 Catch the first mystery before the next case in the DMS files opens on October 23rd! 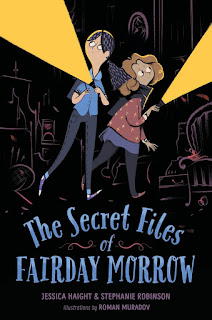 PICK UP A COPY OF BOOK 1