Quote for the week: 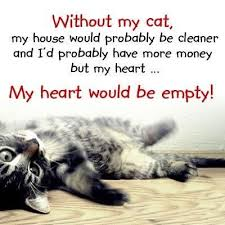 All right, I know June is almost over, but I was looking for something to post today and discovered that June is Adopt a Cat Month. I did not exactly adopt my two cats; rather, they adopted me. And I'm so happy they did.

First, Patches. In 2006, I saw her one day,on the patio. She was catching moths off the wall and eating them. I already had one cat and didn't want another, but  what could I do? Let her starve. Nope. She was maybe half grown and very shy. (Boy has she changed.) Anyhow, I decided to feed her, but keep her outside. Well, you know how that worked. At first she wouldn't come near me. Slowly she decided I was her friend, and now, she's the boss. 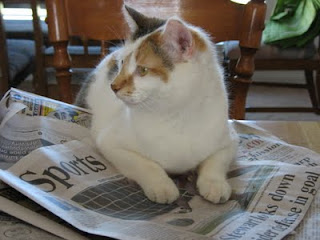 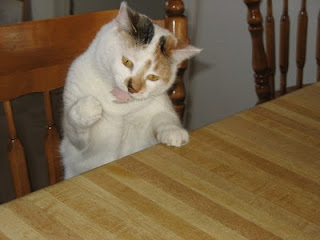 She picks her snack up with her paw. 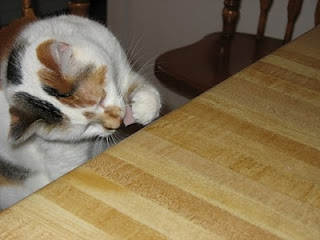