Welcome Wednesday. I've been reading and reviewing and thought I'd share some of the great stories I've read recently. Slowing down now until my eyes decide what they want to do. So, here goes. 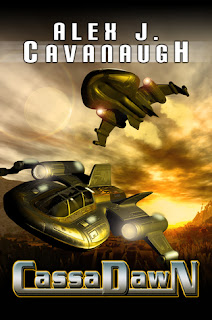 Have you ever dreamed of being a pilot and flying through the skies? Did you follow your dreams? If so, great. If not, maybe you enjoy reading stories where you can experience the excitement of flying through the eyes of the characters. Even if you have no desire to pilot a plane, I think you’ll enjoy reading Author Alex J. Cavanaugh’s CASSADAWN, the Prequel to the Cassa series. I did.

Byron is almost halfway through training and is looking forward to piloting a real Cosbolt fighter. He’s doing great, but there is a problem. His partner and navigator, Arenth, and he don’t care for each other so much. And trouble with Arenth could keep Byron from completing his training. Along with the conflict between the men, there’s also plenty of action in the air.

So, how about getting a copy of Alex J. Cavanaugh’s CASSADAWN, as well as the other books in the series and enjoy the ride, uh, the flight. Recommended.


CHILDREN OF THE SNOW by Kevin Hopson 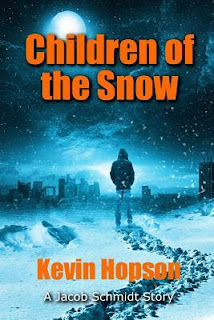 Do you enjoy a good mystery? Do you like Indian legends? If so, take a look at CHILDREN OF THE SNOW by Author Kevin Hopson. I think you’ll enjoy this story too.

CHILDREN OF THE SNOW takes place in a jail. A snowstorm has pretty much paralyzed the town. And it’s the middle of spring. Weird. If that’s not bad enough, Bix, a prisoner, is found dead in his cell, no evidence of trauma. Even weirder, his fingertips are black like he’s been exposed to frostbite, but the rest of his body doesn’t show frostbite. What caused Bix’s death? Then something is discovered on the back of Bix’s neck that could be traced to an Indian legend of the nineteenth century and answer some of their questions.

The author has created a tale that will keep you reading, at least it did me, to the very last words. Recommended.
Enjoy.
MY SNOWMAN PAUL by Yossi Lapid 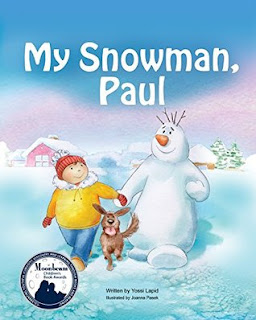 ﻿
What do many kids like to do when it snows? Right. Build a snowman. MY SNOWMAN, PAUL, by Author Yossi Lapid, is the story of a boy and a snowman, but not just any snowman. This snowman is different.

Dan, his mom and sister, and an adorable dog are watching the snow, and Dan is in the mood to play. So, Mom suggests he build a snowman. He does and makes an amazing discovery. I don’t want to give anything away, but what follows is a fun afternoon for Dan and his new friend. The author has written a story that will have young readers laughing and wanting to build a snowman like Dan’s.

Written in rhyme, with adorable illustrations by Joanna Pasek, MY SNOWMAN, PAUL is an ideal story for those long winter days or for sunny summer days. The book is an ideal addition for school libraries, public libraries, and your own library. Even better, it’s the first book of a series. Recommended.
THE SCARLET THREAD by D. S. Murphy 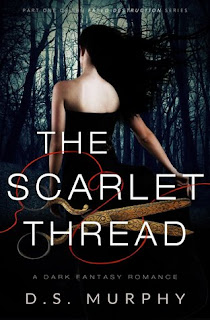 What if you lived in an institution where children were sent when their parents could no longer stand to look at them? What if you were a murderer? What if you were cursed? And you’re only seventeen-years-old. It doesn’t sound like a pretty life, does it?

In THE SCARLET THREAD, by D. S. Murphy, we meet Kaidance Monroe, the girl who killed her brother. But in this novel, nothing is as it seems. Kaidance sees things before they happen. If she touches someone, they die, and she can’t stop it. Poor Kai, caught in a world she has no control over.

Kai is tough; she’s also vulnerable. How does a teen deal with gods, immortals, and magic? In a way only Kai could. I really like her and hoped she’d find happiness. She faces life the best she can, and there are a lot of surprises awaiting her.

The story is not complete. But there’s more to come.

THE SCARLET THREAD is a good read. I don’t know a lot about mythology, but I met some interesting characters in this book. The author did a nice job of creating suspense, along with characters I either liked or hoped got what they deserved.
Have you read any of these novels? I still have a list a mile long to read. And to think, when I was a kid, yes, I was once upon a time, I hated to read. Go figure. I'm also trying to finish my WIP and a list of other thoughts dancing through my brain.
Happy Reading.
Posted by Beverly Stowe McClure at 5:00 AM