Quote for the Week: And know that I am with you always; yes, to the end of time. Jesus Christ

Awhile back we were introduced to MOTLEY EDUCATION, S. A. Larsen's latest novel for middle-grade readers. Since MG stories are some of my favorites, I just had to read the book. So glad I did. To refresh your memory see the gorgeous cover again. 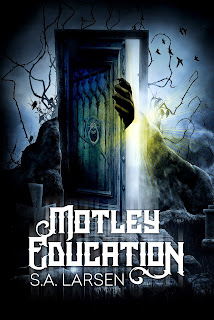 
Forget having a lively after school social life, Ebony Charmed is fighting to keep the entire Afterlife alive.

Ebony’s less-than-average spirit tracking abilities are ruining more than sixth grade at Motley Junior High: School for the Psychically & Celestially gifted. Her parents argue so much her dad moved out. And, even though he’s scared of his own shadow and insists on bringing his slimy, legless lizard everywhere they go, Ebony wouldn’t survive without her best friend, Fleishman.

When Ebony’s Deadly Creatures & Relics’ project goes missing, she learns her missing project is one of the keys to saving the spirit world. Now Ebony and Fleishman must battle beasts from Norse Mythology to retrieve her project before spirits are lost, the Well of Urd dries up, and Ebony loses all hope of reuniting her family. But someone lies in wait, and he has other plans...including creating a new world of spirits without them in it. 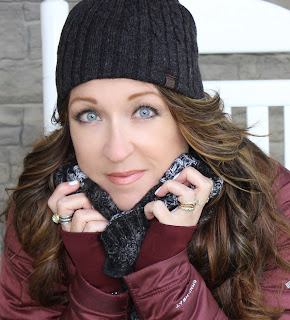 S.A. LARSEN is the author of Motley Education, the first book in a middle grade fantasy-adventure series. Her work has appeared in numerous local publications and young adult anthologies Gears of Brass and Under A Brass Moon by Curiosity Quills Press. Look for her debut young adult novel, Marked Beauty, set for release in 2017. Find her in the land of lobsters, snowy winters, and the occasional Eh’ya with her husband of over twenty years, four children, a playful pooch, and two kittens.

You can visit her online at www.salarsenbooks.com.


Do you enjoy visiting new worlds? Do you like to meet creatures and people that you might see in a spooky movie? Would you like to attend a school where the students all have special abilities that go way beyond being a scientific genius (though they could be that too), or a whiz at math? “Yes,” you say. Then you’ve come to the right place. First of all, one look at the book cover will arouse your curiosity. What kind of hand is that? And the birds in the background hint at something sinister going on, at least to me they do.

In MOTLEY EDUCATION, Author S. A. Larsen’s latest novel for middle-grade readers, we start our journey three months before entering Motley Junior High, a school for psychically and celestially gifted students. A boy and his friends are playing in a cemetery where they’ve played before, but this time, something unusual happens. No, I’m not saying what.  You’ll want to discover that for yourself.

From there, the reader follows sixth-grader Ebony Charmed, a spirit tracker, and her best friend and go-to-guy, Fleishman, who can manipulate matter, through one adventure after another. From ghosts to doors that are there but aren’t, to students vanishing, and creatures you could never imagine, her bravery is tested time and again.

And if that’s not enough trouble for a girl, Ebony’s dad has left home, and she wants him back again. She also learns surprising things about her parents. Is anyone really who they claim to be?

S. A. Larsen has created interesting characters, some good, some bad, which is as it should be, that are typical kids, except for their special powers. The author describes the scenes so vividly, it was almost like I was there. MOTLEY EDUCATION would make a nice addition to school classrooms and libraries, (where students might wish they attended such a school as Motley Jr. High), as well as public libraries and your own. Recommended.
The book is now out for your enjoyment.
Happy Reading!