Quote for the week: After every storm the sun will shine; for every problem there is a solution, and the soul's indefeasible duty is to be of good cheer.  William R. Alger

Have you read the Insecure Writer's Support Group's Anthology? If not, you should. Just a brief glimpse as to what you'll find inside. 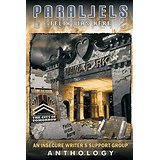 Prepare yourself for a fascinating read in this anthology by ten exciting authors.
First is FELIX WAS HERE, by L. G. Keltner. In the past was war, influenza, and economic catastrophe, but the future brings hope. And then a baby is born, named Felix.
The second story is RAINERS, by Sandra Cox. A girl is caught in a rainstorm while climbing a mountain and seeks shelter in a cave where she finds a wolf and her pup. Her troubles are just beginning.
Third, we have WIN by Sylvia Ney. In this story, when a person turns 55, they have two choices: commit suicide or let a “second” do it for you. What choices, huh?
The next story is GROUND ZERO by Michael Abayomi. In this story, people live in a dome that shelters them from the dust and fallout of the bomb that destroyed New York City. Weird stuff happens, as you can imagine.
THE MIRROR PEOPLE, by Crystal Collier, is a tale of a man looking into a mirror and seeing his reverse identity in another realm. If that’s not scary enough, the man is a killer, and he can’t break away because they’ll both die.
In EVER-TON, by Yolanda Renee, people are leaving their dying planet, but there is a catch to who gets to leave.
Then there’s FOLDS IN LIFE AND DEATH, by Cherie Reich, where an armed drone has bombed the White House. Did the president survive? This story also has a curse that’s interesting.
THE SEVENTEEN, by Hart Johnson, is about medical breakthroughs. Have you heard of “biochemical cleanse”? If not, you’ll find out what it is in this story.
Next there’s SCRYING THE PLANE, by Tamara Narayan. How about a ride in a VRP, virtual reality plane? Strange things are happening.
HAUNTED, by Melanie Schulz, is a story about “nothingness.” When you read the story, you’ll understand.
So, whether your reading time is limited or you have all the time in the world to read, this anthology is the book for you. Happy reading.
###
Now I have a freebie for you. Have you ever looked back at your first published novel? What did/do you think about it? I want to share my first novel with you.
Secrets I Have Kept, YA mystery, was first published in 2000 by an e-publisher. I have a disc of it. A year later, the publisher went out of business. In 2006, another publisher turned it into a paperback, and then 2010 the e-book edition came out. So it's been around awhile, but I've paid little attention it. Too busy with new stories. I'm trying to do better. 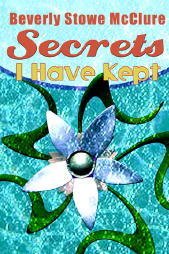 ﻿
Blurb:
One rainy spring night, on a dark Texas back road, sixteen-year-old Jennifer Barret's father, Sam, a molecular biologist at Orion Laboratories, is kidnapped. Armed with nothing more than her own courage, a phone number on a candy wrapper, and her loyal dog, Chopin, she begins a desperate attempt to rescue him. On the way to her neighbor Mitch Pearson's house for help, Jen meets Casey Christopher, a runaway on a quest of his own, to find his father who walked out on Casey and his mother thirteen years earlier. As they attempt to piece together the clues that keep turning up in unusual places, a chilling secret is revealed.
Short Excerpt:
Jen's father fumbled in his shirt pocket, pulled out a crinkled candy wrapper, and scribbled some numbers on it. He folded the paper into her hand. "Get to a phone," he said. "Call this number. If no one answers, call Lani." He kissed her on the forehead, leaned across the seat of the pickup, and pushed open the door. "Now, get out of here."
"What about you?"
"Don't worry about me. Get help. And don't look back. No matter what. Understand?"
﻿

Secrets I Have Kept is free until the end of July at Smashwords. Here's the link. Enjoy.

Have a super week.
Posted by Beverly Stowe McClure at 5:00 AM

Email ThisBlogThis!Share to TwitterShare to FacebookShare to Pinterest
Labels: free, kidnapped, Secrets I Have Kept, teens, YA mystery