Quote for the week: Study nature, love nature, stay close to nature. It will never fail you. Frank Lloyd Wright.

#InkRipples is a monthly meme created by Kai Strand, Mary Waibel, and Katie L. Carroll. They post on the first Monday of every month with a new topic. They're all authors, but you don’t have to be to participate.

The idea of #InkRipples is to toss a word, idea, image, whatever into the inkwell and see what kind of ripples it makes. They provide the topics and will be blogging about them on the first Monday of the month. You can spread your own ripples by blogging about the topic any day of the month that fits your schedule, just be sure to include links back to Katie, Kai, and Mary.


Or you can simply share your thoughts on social media using the hashtag #InkRipples. You might simply comment on one of their posts to play along. Tag them and they’re always happy to share your posts and thoughts to keep those ripples going and intersecting.


There is no wrong way to do #InkRipples (with the exception of following basic human decency!). It’s about having a conversation, sharing ideas, and connecting. So if this sounds at all interesting, please do participate in whatever way you can. And feel free to use any of the meme’s images (created by the wonderful Mary Waibel). 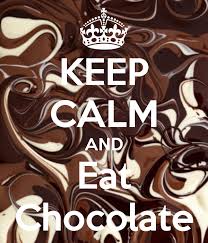 Chocolate! What can I say? Dark Chocolate Kisses. Chocolate Easter Bunnies. Chocolate Pie. Chocolate Cake. You name it. I like it. I was curious as to where, when, and how chocolate came to be. So I did a bit of research and found this great site. 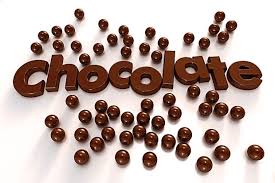