THE MISSION AND BIGGUN REVIEWS

Quote for the Week: Our greatest glory is not in never failing, but in rising up every time we fail."
Ralph Waldo Emerson

Another new week. Where do the days go? I'm delighted today to tell you about a couple of books I recently read. So sit back, relax, and meet some very interesting characters created by Author L. X. Cain. 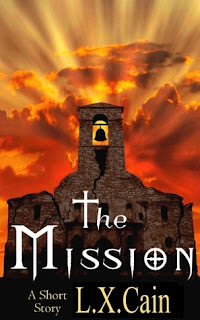 From Goodreads:
Something is waiting for Cody and Luke at the Mission. And it doesn’t want them to leave. Ever.


As in Stephen King’s It and Dan Simmon’s Summer of Night, curiosity is what lures kids down a dark path and pits them against their town’s most deadly secret.

The Mission sits in the desert like a crumbling tomb, silent and cold … but not empty. It plays host to a rising evil, one that wants victims. And it’s used to getting what it wants.

Cody and Luke are looking for adventure and thrills when they ride out to visit the place on a dare. Before the night is over, they’ll learn how far their friendship can stretch, and if they’re strong enough to survive the terrifying danger that waits for them.
My Review:
THE MISSION
By L. X. Cain
Have you ever visited a building that you’d almost swear was alive? The place seemed to be breathing and whispering your name. If so, were you brave enough to go inside, or did you run away as fast as possible?
In Author L. X. Cain’s short story THE MISSION, Cody and Luke go to the Mission where rumors claim that a naked woman can be seen in the doorway carvings when you shine a light on the archway just right. Well, thirteen-year-olds are curious, and Cody doesn’t want Luke to laugh at him the way the other kids at school do, so to prove he’s not chicken he goes inside the Mission, while Luke waits outside. When Cody shines the light over his head, he sees the illusion of a woman’s face, but before he can tell his friend, a frightened squeal from outside  changes the boys’ night of adventure into a nightmare. Luke has disappeared, and Cody is the only one around to solve the mystery and possibly save his friend’s life.
L. X. Cain has written a deliciously scary story. I don’t want to spoil anything, but vivid descriptions of what the boys are facing make the reader wonder whether they’ll survive or not. To find out, I recommend you read the story. I think you’ll be happy you did.
###
Smashwords
﻿ 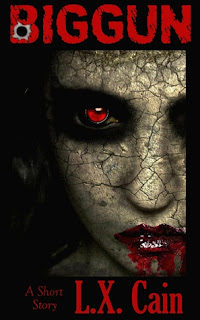 Now this cover scares me.
From Goodreads:
A desperate woman hides in a fortified farmhouse. Outside, her former neighbors and friends prowl the night. Dead. And hungry. Her only ally in the coming battle — Biggun. If there’s blasting to be done, Biggun is ready for it.
My Review:
BIGGUN
By L. X. Cain
Have you ever been awakened suddenly by a spooky sound, and perhaps you even saw a scary image? Was it a dream, or was it real? How did you know?
In Author L. X. Cain’s short story BIG GUN, the sound of wood splitting apart wakes Cora, and she soon finds herself in a battle for her life and the life of her two month old baby. From the first sentence to the end, questions rose in my mind. Who or what was this terror that had invaded her home? Would she escape the danger? Could she save her baby? I didn’t know exactly what was after her, but tension grew with each scene, and I knew that something terrible was about to happen. No spoilers here.
BIGGUN is a story that you might want to read in daylight, or at least with the lights on.  Recommended for readers that enjoy a walk in the dark, with unknown characters beside you. You might want to carry a weapon with you, not that it will do you a lot of good.
###
Smashwords
Books make wonderful gifts for those eReaders. 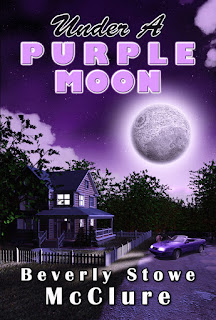 Update on my forthcoming book. UNDER A PURPLE MOON is now available for pre-order at:
Amazon
Barnes and Noble
Kobo
Happy Reading!
﻿
Posted by Beverly Stowe McClure at 5:00 AM