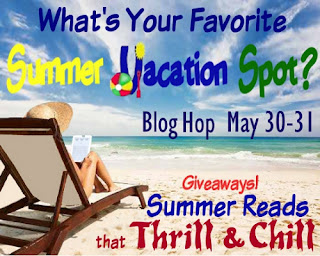 
For the Linky List and Book Giveaways visit the 6 Co-Hosts:

MY FAVORITE VACATION SPOT
It was really hard deciding on one. There are so many places I enjoy. I finally decided on
Charleston, SC, for various reasons. Here's what I like about Charleston.

Morris Island Lighthouse, as seen from Folly Island. Built in 1876 about 1,200 feet from the water's edge. The construction in 1889 of the jetties which protect the shipping lanes leading to Charleston Harbor altered ocean currents, resulting in the erosion of Morris Island and the destruction of many structures and historical sites. The original lighthouse was built in 1767, but destroyed during the Civil War.
A new tower was built after the war. In 1962, a new lighthouse was built in the harbor to replace Morris Island Lighthouse. Today, a Friends of the Lighthouse group is trying to restore the Morris Island tower.
Lighthouses fascinate me. I used this one in my mg story,
A PIRATE, A BLOCKADE RUNNER, AND A CAT. 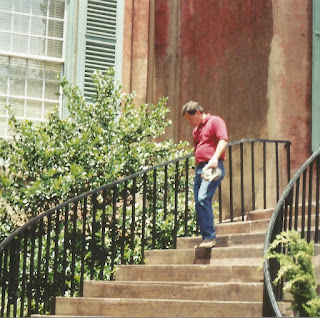 Charleston is an old town, with many beautiful churches, schools, and businesses.
This is the entrance to the College of Charleston, where part of the movie "The Patriot" was filmed. 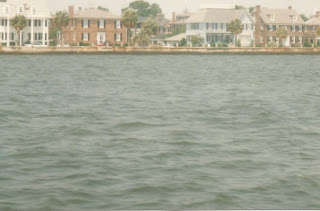 The view in the harbor of Charleston's shore line, heading toward Fort Sumter. 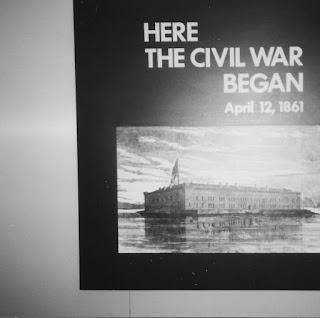 The Museum at Fort Sumter. If you're a history fan, especially of the Civil War,
you'll enjoy this museum. 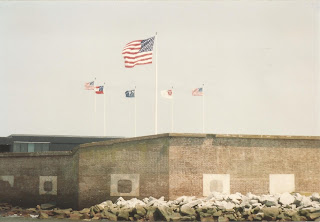 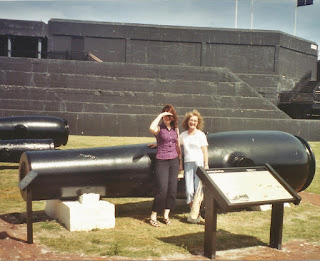 I never realized how big the cannon were. 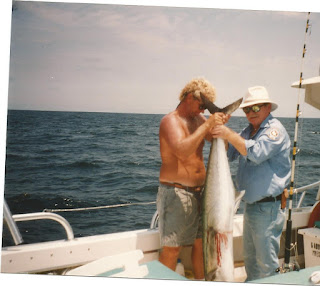 It's lopsided. Must have been a big wave. Anyway, this is what my husband enjoyed.
He even got a write up in their newspaper. If he had entered the contest, he would have won. 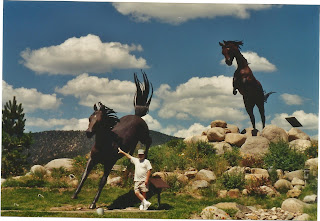 Another of my favorite vacation spots is Ruidoso, NM, and the horse races.
This is the at the entrance of the Museum of the Horse, a magical place for all horse lovers. Just had to show you this.
Charleston, SC has many other exciting things to see. There's Patriot Point where you'll find airplanes and ships and the first atomic submarine. I have a story about that, but won't bore you with it. Plantations and marvelous restaurants. Haunted houses and White Point Gardens. Best of all, our oldest son and his beautiful wife live in Charleston.
Now, my journey comes to an end. Thanks for letting me share one of my favorite places with you.
Happy Reading.
Posted by Beverly Stowe McClure at 5:00 AM