INSECURE WRITERS SUPPORT GROUP and A TO Z CHALLENGE

Happy April Fool's Day. This month is hopping. So, take a breath and let's get started. 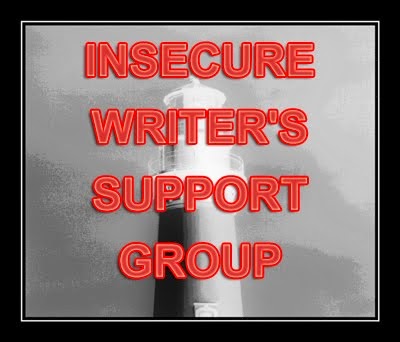 
Ninja Alex J. Cavanaugh is the founder of the IWSG

Alex's awesome co-hosts for the April 1 posting of the IWSG will be Suzanne Furness, Tonja Drecker, Toi Thomas, Rachna Chhabria, Fundy Blue, and Donna Hole!
Today, I'd like to share what Lexa Cain says we all should have on our "To Do" lists.
She is absolutely right. I've added her advice to my list, and I'm going to make these three
items a priority.
TAKE TIME FOR YOURSELF.
ENJOY YOUR LIFE.
BE HAPPY.
Wonderful thoughts. Thank you, Lexa.
Now, on to the A to Z Challenge.
LITTLE ARMORED ONE
My theme for the A to Z Challenge is animals. There are a lot to choose from. I tried to pick the most interesting and the ones I like best. For the letter “A” let’s talk about the Armadillo.
Armadillo is a Spanish word meaning “little armored one.” Armadillos are the only living mammals with bony plates that cover the back, head, legs, and tail.
The armadillo is the state small mammal of Texas. 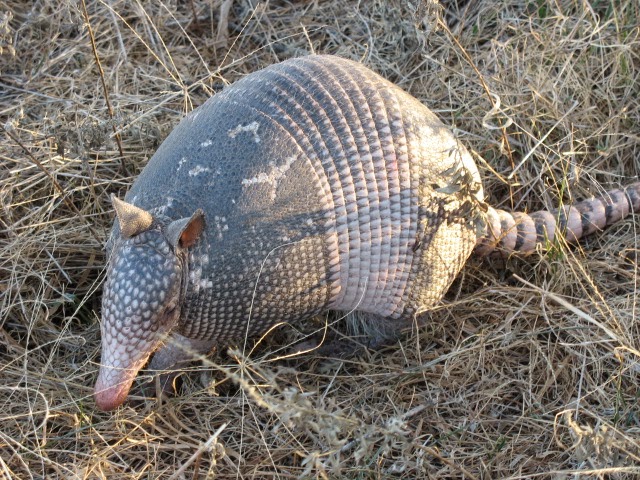 This is an armadillo I saw in our pasture. 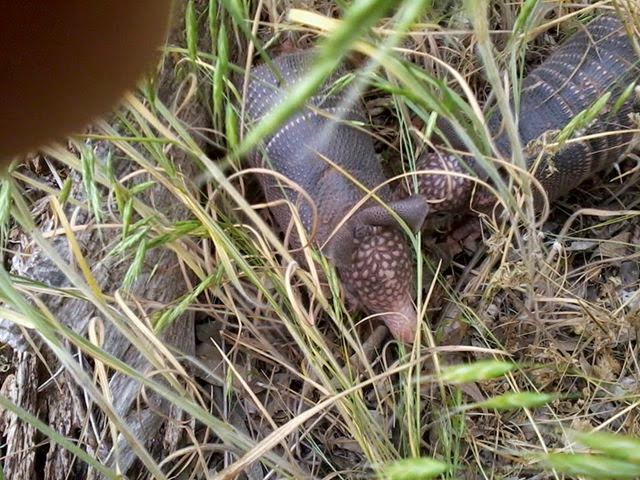 My son found these babies near our pond.
There are 20 varieties of armadillo. All of them live in Latin America, except the nine-banded armadillo. They are related to anteaters and sloths and usually have a pointy or shovel-shaped snout and small eyes. They vary in size and color, from the 6-inch-long (15-centimeter-long), salmon-colored pink fairy armadillo to the 5-foot-long (1.5-meter-long), dark-brown giant armadillos. Others have black, red, gray, or yellowish coloring.

Can you roll into a ball?
The three-banded armadillo is the only armadillo able to roll up like this.
The others are covered with too many bony plates.

Sweet babies. No, they're not soft and cuddly.
Did you know that all four young are always the same sex, and are identical quadruplets that developed from the same egg. Breeding occurs in July, but the embryo is in a dormant state until November. Four young are born in a burrow in March.
Posted by Beverly Stowe McClure at 5:00 AM

Email ThisBlogThis!Share to TwitterShare to FacebookShare to Pinterest
Labels: A to Z Challenge, animals, armadillos, IWSG