A TO Z CHALLENGE - "W" IS FOR WHITE-TAILED DEER

White-tailed deer are the smallest members of the North American deer family. They are found from Southern Canada to South America. Only the male deer (buck) grow antlers. White-tailed deer are herbivores and come out mostly at dusk and dawn to feed. The female (doe) has one to three fawns, usually in May or June. I think the reason I'm not seeing many does now is because they either have new babies or soon will have. Since bobcats, mountain lions, and coyotes like to dine on deer, especially the young, white-tails use their speed to escape them. If you've ever watched one sail over a fence, it's amazing. They can leap as high as 10 feet and as far as 30 feet in one leap. Yep, I've seen them do it.

Here are some photos I've taken. The darker ones are from a night time motion camera that no longer works. 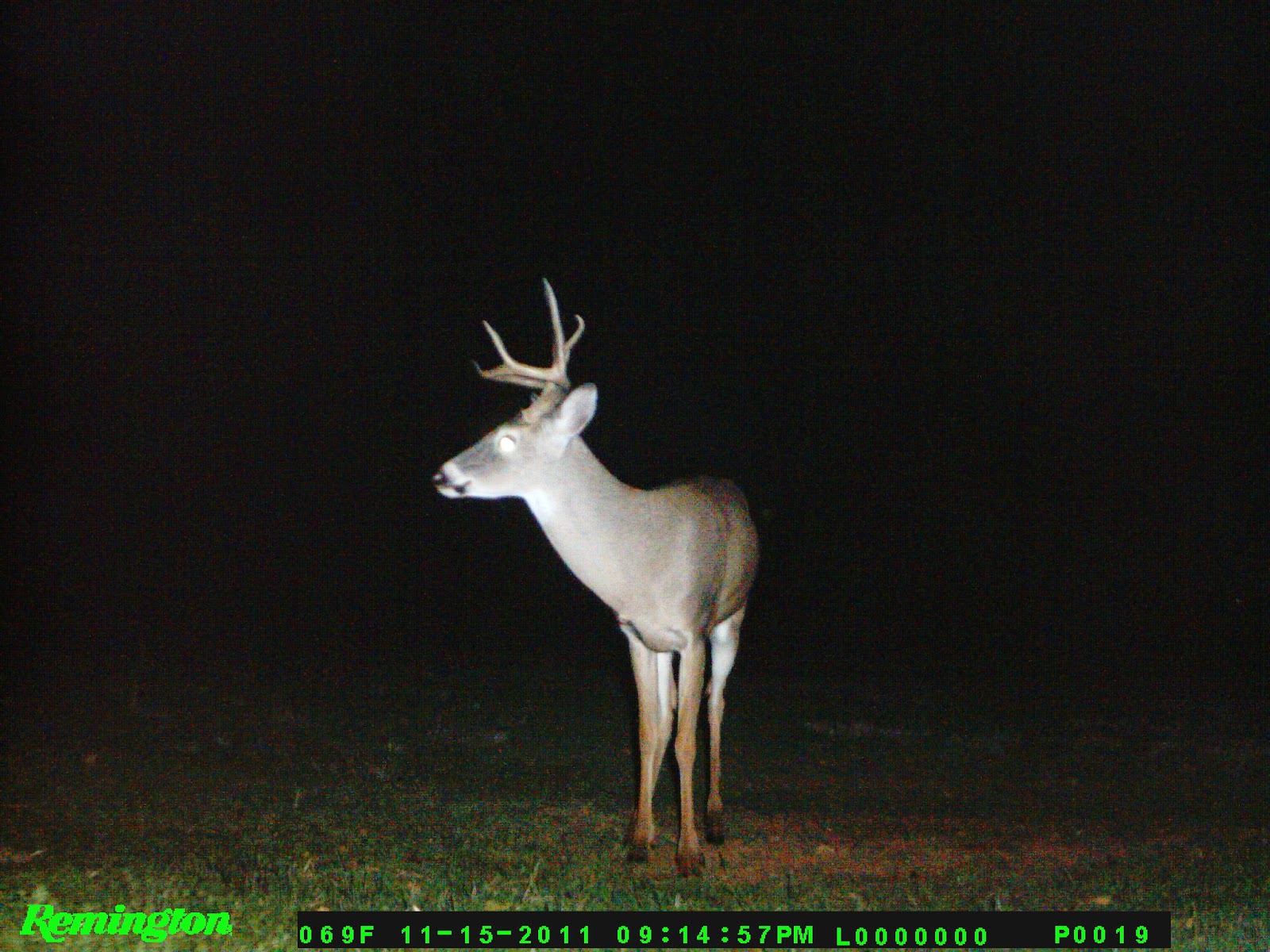 You can see his antlers here. This is a young buck. 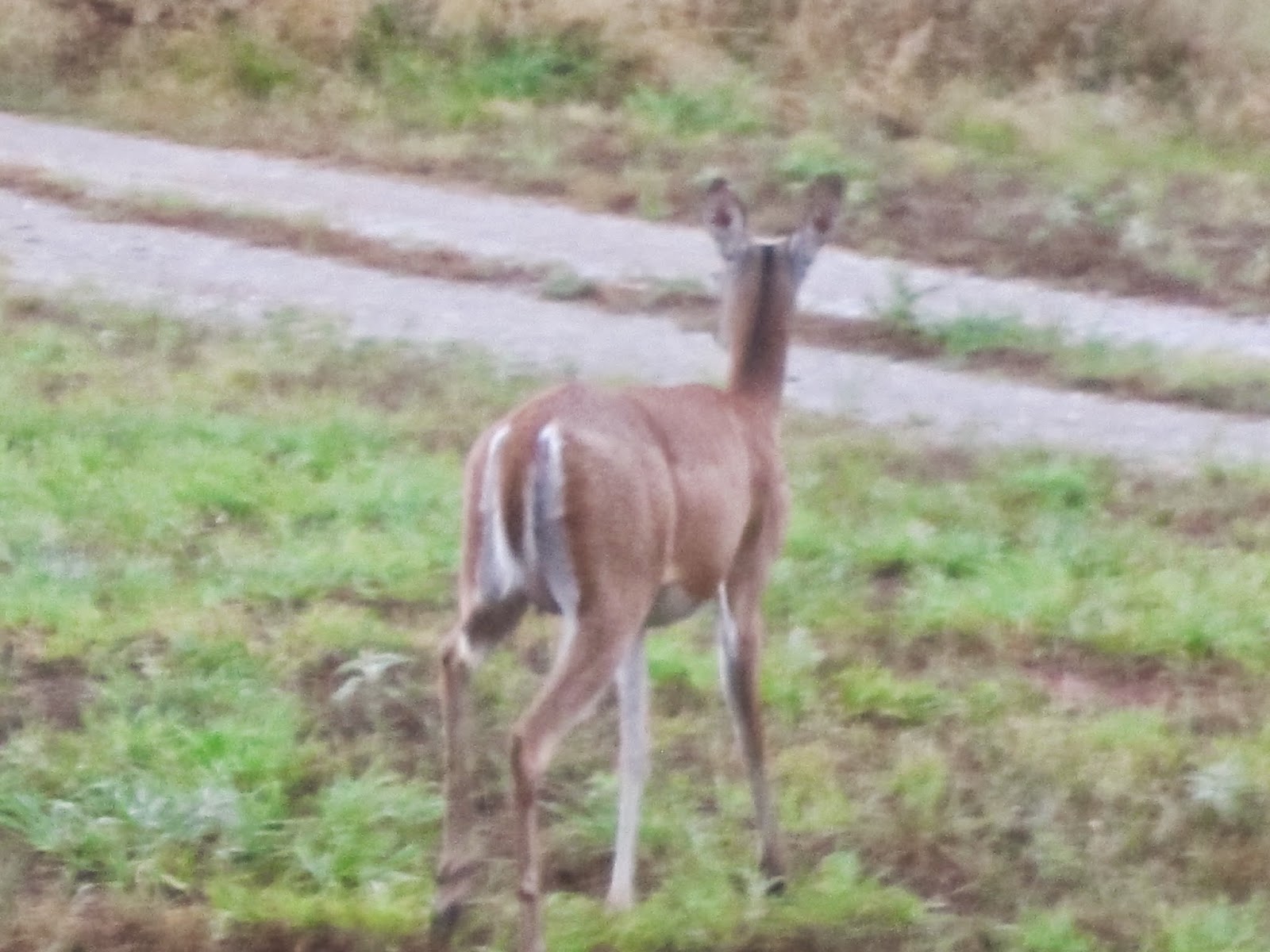 Here you can see a little about the tail. When they run, they hold the tail up and it's like a white flag.
I think of these animals as "my" deer, but they really belong to no one.
Posted by Beverly Stowe McClure at 5:00 AM