I AM ABRAHAM Book TOUR

Today I have the pleasure of hosting Author Jerome Charyn on the tour for his latest novel I AM ABRAHAM.

I Am Abraham Book Summary:


Narrated in Lincoln’s own voice, the tragicomic I Am Abraham promises to be the masterwork of Jerome Charyn’s remarkable career.

Since publishing his first novel in 1964, Jerome Charyn has established himself as one of the most inventive and prolific literary chroniclers of the American landscape. Here in I Am Abraham, Charyn returns with an unforgettable portrait of Lincoln and the Civil War. Narrated boldly in the first person, I Am Abraham effortlessly mixes humor with Shakespearean-like tragedy, in the process creating an achingly human portrait of our sixteenth President.

Tracing the historic arc of Lincoln's life from his picaresque days as a gangly young lawyer in Sangamon County, Illinois, through his improbable marriage to Kentucky belle Mary Todd, to his 1865 visit to war-shattered Richmond only days before his assassination, I Am Abraham hews closely to the familiar Lincoln saga. Charyn seamlessly braids historical figures such as Mrs. Keckley—the former slave, who became the First Lady's dressmaker and confidante—and the swaggering and almost treasonous General McClellan with a parade of fictional extras: wise-cracking knaves, conniving hangers-on, speculators, scheming Senators, and even patriotic whores.

We encounter the renegade Rebel soldiers who flanked the District in tattered uniforms and cardboard shoes, living in a no-man's-land between North and South; as well as the Northern deserters, young men all, with sunken, hollowed faces, sitting in the punishing sun, waiting for their rendezvous with the firing squad; and the black recruits, whom Lincoln’s own generals wanted to discard, but who play a pivotal role in winning the Civil War. At the center of this grand pageant is always Lincoln himself, clad in a green shawl, pacing the White House halls in the darkest hours of America’s bloodiest war.

Using biblically cadenced prose, cornpone nineteenth-century humor, and Lincoln’s own letters and speeches, Charyn concocts a profoundly moral but troubled commander in chief, whose relationship with his Ophelia-like wife and sons—Robert, Willie, and Tad—is explored with penetrating psychological insight and the utmost compassion. Seized by melancholy and imbued with an unfaltering sense of human worth, Charyn’s President Lincoln comes to vibrant, three-dimensional life in a haunting portrait we have rarely seen in historical fiction. 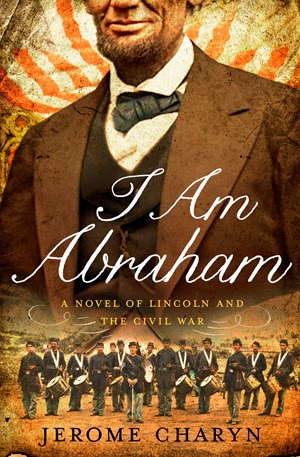 The president of the United States presents a certain image, an image that does not always tell the people the whole story of the man. When we read each of the president’s stories, we discover that they have many of the same problems other people have. They make mistakes; they face challenges and sometime win, sometimes lose. Author Jerome Charyn’s novel, I AM ABRAHAM, A NOVEL OF LINCOLN AND THE CIVIL WAR, paints a picture of Abraham Lincoln, a man with faults and doubts about his own abilities, but who nevertheless became President of the United States of America.

Using characters that really existed, along with fictional characters, Jerome Charyn gives us a vision of Abe Lincoln the man, husband, father, and president. The book is divided into sections with dates, locations, seasons, and other helpful information to help us follow the timeline of the story. Lincoln was a modest man. He worked at odd jobs such as mending pickets and building caskets, to name a few. He dealt with the death of two of his four sons and a spunky wife determined he would be president. His presidency was during a tumultuous time in our country, when citizens were taking sides. Lincoln could not escape the war, the odor of rotting carcasses, the loss of lives, the horror of what was happening to the country. And he was helpless to stop it.

Abraham Lincoln is one of my favorite presidents. The Civil War is one of my favorite eras of history. I was so excited to get to read this novel and I was not disappointed. Jerome Charyn describes each scene so vividly I almost felt as if I were there, seeing the prisoners with their wounds, experiencing the hopelessness of their situation along with them, and watching Lincoln’s wife, Mary Todd, grieve for her sons as she lost herself. Most of all, I see Lincoln a bit differently than I once did because the novel I AM ABRAHAM portrays the whole man Lincoln, rather than mostly his presidential years. This book would make a great addition to high school and university libraries and classrooms. It’s also an inspiring story for people who perhaps have few advantages in life to see that it’s possible they can achieve their goals. I highly recommend this novel for history lovers, teachers, and everyone interested in a good read.

I was provided an ARC of this book for my honest review. 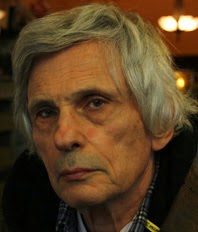 Jerome Charyn's Bio:
Jerome Charyn is an award-winning American author. With nearly 50 published works, Charyn has earned a long-standing reputation as an inventive and prolific chronicler of real and imagined American life. Michael Chabon calls him "one of the most important writers in American literature." New York Newsday hailed Charyn as "a contemporary American Balzac,"and the Los Angeles Times described him as "absolutely unique among American writers." Since the 1964 release of Charyn's first novel, Once Upon a Droshky, he has published 30 novels, three memoirs, eight graphic novels, two books about film, short stories, plays and works of non-fiction. Two of his memoirs were named New York Times Book of the Year. Charyn has been a finalist for the PEN/Faulkner Award for Fiction. He received the Rosenthal Award from the American Academy of Arts and Letters and has been named Commander of Arts and Letters by the French Minister of Culture. Charyn was Distinguished Professor of Film Studies at the American University of Paris until he left teaching in 2009. In addition to his writing and teaching, Charyn is a tournament table tennis player, once ranked in the top 10 percent of players in France. Noted novelist Don DeLillo called Charyn's book on table tennis, Sizzling Chops & Devilish Spins, "The Sun Also Rises of ping-pong." Charyn lives in Paris and New York City.

I Am Abraham Goodreads:
https://www.goodreads.com/book/show/17987663-i-am-abraham

a Rafflecopter giveaway
Posted by Beverly Stowe McClure at 5:00 AM