COVER REVEAL STAR OF THE TEAM

The New Year, 2014, will soon arrive and not too soon for me. The old year was not a good one in many ways. I'm ready for a change. The beginning, with the publication of my MG novel looks promising. I proudly show you the lovely cover, by Illustrator Aidana WillowRaven. 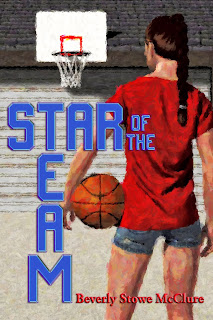 Publisher: 4 RV Publishing
Blurb:
A girl.
A dream.
An accident.
A dream shattered.
Ten-year-old Kate Taylor dreams of being the star of her basketball team, Angels. When Kate’s tooth is knocked out at one of the games, and her mother, who is also her coach, says she can’t play until the tooth the dentist replants heals, Kate’s dreams are in jeopardy. Add Emily, the new girl at school who claims she’s the best, and Kate faces a challenge to prove that she is the star.
Will Kate succeed? Or will Emily ruin Kate’s plans?

Ten-year-old Kate Taylor wants to be the star of her basketball team, Angels, but when her tooth is knocked out at one of the games, her goal is in jeopardy. Even though the dentist replants the tooth, her mother, who is also her coach, refuses to let Kate play unless she can come up with a way to protect the tooth.

With the encouragement of her friends and teammates, Kate tries everything. She asks her sister, Zoe, how her boyfriend, Ray, protects his teeth when playing football. Zoe is clueless. Kate wears her friend Simon’s catcher’s mask to practice, but it’s too big and blocks her view of the goal. Kate stuffs cotton balls in her mouth and thinks she’s swallowed one. Nothing works.

To add to Kate’s problems, Emily, the new girl at River Bend Elementary, is great at basketball. Kate worries Emily will be the star of the team. On top of that, Simon, the school brain, as well as klutz, says he plans to join the Angels, even though boys are not allowed.

In the final game of the season, Kate faces a decision that will not only decide who wins the game, but whether she’s star of the team or not.

Watch for the release of the book sometimes in January. I'll post buy links as soon as I have them.
I'll keep you updated on my sites:

Beverly Stowe McClure is the author of picture books, early readers, middle grade and teen novels. She is a member of the Society of Children’s Book Writers and Illustrators, both national and North Texas. A fourth generation Texan, she lives in the country with two cats, and a variety of wild critters. 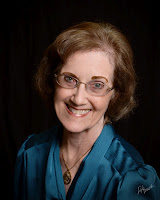 HAPPY NEW YEAR!
May all your dreams and hopes come true in 2014.﻿