Today, I have the  pleasure of hosting Author Joe Sergi on his Virtual Book Tour for SKY GIRL AND THE SUPERHEROIC ADVENTURES. Enjoy. 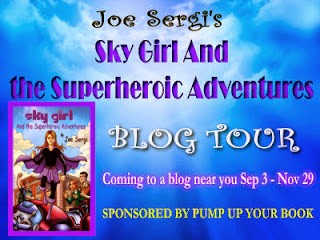 About the Book
Being a teenage girl is hard enough, but for DeDe Christopher, it is proving impossible.
In addition to cliques, books, and boys, she has to worry about capes, apes, and aliens. Last year, DeDe discovered that she possessed fantastic abilities that were strangely similar to those of a comic book character named SkyBoy.
With the help of her best friend Jason, a self-professed comic geek, DeDe accepted her legacy and became Sky Girl. Now, DeDe must learn what it means to be a heroine as Sky Girl faces the all too real enemies and allies of SkyBoy, including the clever Quizmaster, the beautiful Penny Pound, the enigmatic Jersey Devil, and the magical MissTick.
DeDe must also face personal challenges as she discovers the secrets of her late father and his connection to Skyboy--secrets that will affect Sky Girl’s destiny.
Purchase paperback from Amazon: http://www.amazon.com/Girl-Superheroic-Adventures-Series-Volume/dp/1625530277/
Purchase digital version from Amazon: http://www.amazon.com/Girl-Superheroic-Adventures-Series-ebook/dp/B00D4FHE7U/
Purchase paperback or digital from Barnes and Noble: http://www.barnesandnoble.com/w/sky-girl-and-the-superheroic-adventures-joe-sergi/1115472264
﻿ 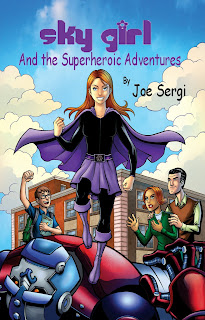 Cool cover. Makes me want to read about this girl.
About the author:
Joe Sergi lives outside of Washington, DC with his wife and daughter. Joe is an attorney and a Haller Award winning author who has written articles, novels, short stories, and comic books in the horror, scifi, and young adult genres. Joe is the creator of the Sky Girl series of novels and the editor of Great Zombies in History. His first novel, Sky Girl and the Superheroic Legacy was selected Best of 2010 by the New PODler Review. Joe is a life-long comic fan who regularly writes on the history of comics and censorship for the Comic Book Legal Defense Fund. A complete list of Joe’s titles is available at www.JoeSergi.net. When not writing, Joe works as a Senior Litigation Counsel in an unnamed US government agency and is a member of the adjunct faculty at George Mason University School of Law.
﻿ 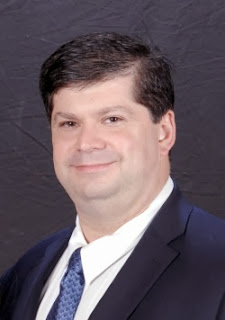 
First chapter review at The Children’s and Teens’ Book Connection


Book spotlight and giveaway at My Devotional Thoughts


Interview at As the Pages Turn


Book review and giveaway at Mommynificent


Book spotlight at The Writer’s Life


Interview at Pump Up Your Book


Guest post and giveaway at The Busy Mom’s Daily


Interview at Between the Covers


Book spotlight at Review from Here


Book review at Library at the END of the Universe


Interview and giveaway at Tribute Books Reviews and Giveaways


Interview at Straight from the Author’s Mouth


Interview at The Children’s and Teens’ Book Connection


Interview at The Story of a Writer


Interview at The Dark Phantom Review


Character interview at 4 the Love of Books


Book review at The Children’s and Teens’ Book Connection