Today I am delighted to host John A. Karr on his virtual tour for his novel GHOSTLY SUMMONS.

Lars Kelsen doesn’t believe in psychic phenomenon. To him, visions of murder victims are a form of mental illness. Once they begin, options are limited; he can try to ignore them or deal with them by exposing a killer. Only the latter provides any semblance of peace. Temporarily, anyway. Five years into his new life as a programmer, Kelsen—ex-crime beat reporter with a penance he can never fully satisfy—sees a victim.

Typical of such past "Visits" as he calls them, he doesn’t welcome this one. The nude form of a beautiful millionairess in his cubicle means murder has come to the vacation haven known as North Carolina’s Outer Banks. It means he’ll have to go places he'd rather avoid. See things he'll wish he hadn’t. Do things that don't come naturally, like in-your-face confrontation and bending the law. Actually, breaking the law ... but with good intent. It also means dealing with one very attractive county coroner, who pushes his buttons in a not entirely unwelcome way.

So begins Kelsen's return to investigative reporting—complete with attempts on his life, fights, deception, and all the technological tricks, such as GPS and computer hacking, at his disposal. And maybe even finding a new love interest. 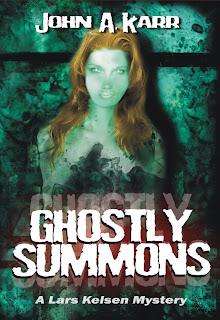 Places where you can learn more about John A. Karr

By John A. Karr

What if apparitions or ghosts of people that are victims of murders that have not been solved keep appearing to you? Are they real or just your imagination? What do they want from you if they are real, or as real as dead people can be?
In Author John A. Karr’s novel, GHOSTLY SUMMONS, crime reporter Lars Kelsen has Visitors (with a capitol V), not live ones either. Ghostly visions are not his only problem though. While pursuing the truth about the death of wealthy Jeanette Broughton, who first appeared to Lars as a Visitor, he faces tough guys, gets beat up more than once, and even becomes the target of someone that apparently wants him dead. Why? Is he close to finding Jeanette’s murderer? Several suspects are possible. Perhaps he’s making the guilty one uncomfortable. If you like a book that will keep you guessing who done it, then you’ll enjoy following along with Lars as he stops at nothing to solve the crime so Jeanette can rest in peace.
In addition to adventure, a mystery, and a crew of suspicious characters, the author gives the reader a bit of history of the Lost Colony of Roanoke Island and of Sir Francis Drake. To me, this slowed down the pace of the novel and the plot when I was more interested in discovering which of the suspects killed her and the reason why. It could just be me, of course. I have to admit my favorite character in the story is Hooper, Lars’ dog, that won my heart. The author paints a vivid picture of the emotional effect seeing the ghost of Jeanette has on Lars, and we also can sympathize with him in flashbacks of the death of his young son. Good descriptions of the setting and the characters’ actions place the reader in the story. I recommend GHOSTLY SUMMONS for mystery and adventure lovers and for those that like a touch of history in a story. 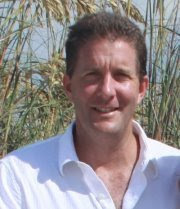 
John A. Karr believes fiction writing each day helps keep the demons at bay. Ghostly Summons is his first full-length novel for Dark Continents Publishing. DCP has also published his Weird West novella, Ujahwek. He is the author of a handful of other novels: Death Clause, Hippocrates Shattered (scheduled for reprint by World Castle Publications as Shattered), Rhone, and Van Gogh, Encore. His short stories have appeared on webzines Allegory, The Absent Willow Review, and Danse Macabre. More works are in progress and in the marketing queue.