BEWARE OF THE WHITE Cover Reveal

As is tradition, Terra learns on the Saturday past her twelfth birthday that she is a Natures Spirit. It is her legacy to serve in the peaceful underground city of Concord. Learning she is named in a prophecy and being threatened by the leader of the death tribe…that part breaks tradition.

The Trepidus are the death janitors of the Underworld, responsible for delivering fatalities with a smile and cleaning up after themselves, until Blanco, recent leader of the Trepidus, decides the day of reckoning for his species is coming. He begins organizing the creatures and leads them toward an uprising. The prophecy says there is one person who can stop him. Terra.


With Spirit of Security, Frank, protecting her, Terra attempts to complete her training and discover her Spirit talents. Together, they go on a rogue investigation to learn how to defeat Blanco. In the end, it comes down to a battle of the minds. The future of Concord is at stake. Will Blanco, the older, more experienced being win? Or will Terra, the young, new Spirit earn back the peace of the city?

***
This is a clever fantasy adventure filled with fascinating creatures in a lush Underworld setting. Kids will relate to Terra and she won’t be the only one crushing on Frank! Bad guy, Blanco, will give you goose bumps. As the leader of the death tribe, death is his business. You have to wonder, can he be defeated?

Don’t miss teasers and release news. Sign up for the Strands of Thought Newsletter.

AND enjoy the beautiful COVER!!!!!! 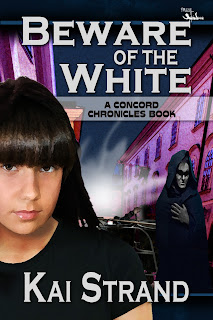 What Kai says about herself:

I write fiction for kids and teens. Mother of four. Wife of one. I love singing, gardening and walking.
I’ve always been a storyteller and writer. But I didn’t consider becoming a professional writer until my oldest daughter and I became hooked on the Harry Potter series and we were between book releases (the fourth and fifth book, I believe.) I decided while I waited for the release of the next HP, I’d create my own characters and my very own world. In fewer than four months, I had completed my very first middle grade novel. 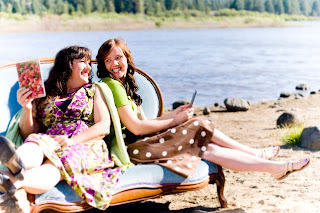 A gorgeous cover, Kai. Looking forward to reading the book, in its finished state.