Today, I am delighted to introduce you to Author Mar Preston and her latest book, RIP-OFF.  Here's Mar, in her own words: 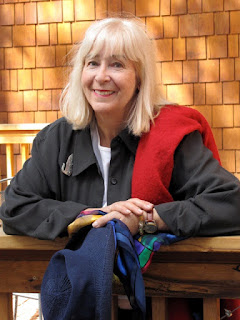 I grew up in northern Ontario and love its lakes and forests. But I lived in Santa Monica for decades watching big money, land development, and politics clash.

Getting a good murder mystery novel out of what goes on behind the scenes in grassroots politics, glitzy businesses, and developer skullduggery makes all those dreary Santa Monica city council meetings worthwhile.

I live now in a village in the California mountains not that far from the edge of the Los Angeles sprawl. There's too much to do here: I'm writing crime fiction seriously, but I can't get away from the SPCA, local environmental politics, and the writing community.


Mar has some interesting things to tell us about her writing.

People ask why you write one kind of book and not another. Why whodunit murder mysteries in my case? Why not literary family fiction?

I worked decades as an academic researcher at the University of Southern California in Los Angeles. We surveyed three and then four-generation families concentrating on the relationships between the generations. So many stories in those survey booklets. Comments written in the margins and then continued on lined sheets torn from notebooks. Comments that would break your heart, or make your spirit soar that there was such hope, such giving and love still left in the world.

But that wasn’t the way my psyche directed the keyboard when I began to write. I wanted the drama of someone dying and as far as I know that never happened in our study families. My life is probably like most of yours, pretty normal for the most part. No walk on the wild side, maybe a skitter or two over to the edge when I was young and foolish.

Murder is pretty much the ultimate drama. Everything stops with murder and nothing is the same ever again. Not that homicide is the ultimate cruelty one person can do to another.

People do barbarous, stupid things. Somebody dies over a perceived insult, over five dollars, over a bad grade. Inexplicable stupid reasons. But in a murder mystery it has to come out right. Method, motivation, and opportunity must be clear.

Can you ever really know why somebody dies violently in the everyday world? In fiction the villain killed the victim because of love, hate, revenge, money, or glory. But we all know it’s more complicated than that. Sometime it feels to me as though it’s a big sloppy world with everyone biting everyone else and nothing really makes sense. Fortunately I don’t feel that way all the time.

That’s why I so enjoyed writing Rip-Off, my second mystery involving Detective Dave Mason of the Santa Monica Police Department and his activist girlfriend Ginger. I enjoy living in their heads, knowing what happened and telling the why. I'm fascinated by the way organized crime can look so pretty on the surface.

And I really, really enjoyed making all the stories come out right so that the villain(s) were truly, righteously punished. 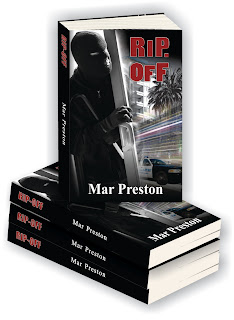 High-tech burglary and murder are bad for business in the upscale, tourist-destination beach city of Santa Monica with its leftist politics, rich homeowners, and huge homeless population. Bad for Detective Dave Mason of the Santa Monica Police Department.
A deadbeat burglar has been found in the upscale Santa Monica beach condo of a playboy studio exec. The dead body must link up with a string of high-tech burglaries, and the Chechens Mason keeps meeting must link up with each other somehow, but how?
The investigation leads him down mean streets into the dark world of embezzlement and an explosion that almost kills him. The stakes rise as the investigation send Mason to the Hollywood Russian community where he is warned off by the FBI and Homeland Security. A bungled take down results in two murders of key informants. Fingers are pointed. Mason is outranked and the Department blamed.
While Mason brings an international whodunit to an end, restoring his own and the Department’s reputation, he finds his relationship with his community activist girlfriend teetering on the edge.

See marpreston.com for further information. Rip-Off will be available in paperback, ebook, and .pdf

Wow! These look like good books to read while lounging at the beach on a balmy afternoon or sitting under the air conditioner when the temps reach a hundred degrees.

Thanks for visiting with us today, Mar.

Happy Reading.
Posted by Beverly Stowe McClure at 6:00 AM