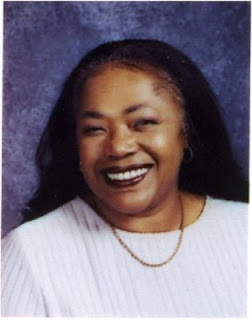 On June 18, I'm delighted to host Dr. Mosetta Penick Phillips-Cermak. Her bio follows. Come back this Thursday to read about her children's books and how she's making a difference in the lives of our doggie friends.

Mosetta M. Penick Phillips-Cermak, Ph.D. lives with her two Labrador Retrievers, one black and one yellow, and two Siamese cats in West Park, Ohio. Dr. Penick Phillips-Cermak is the mother of two, grandmother of two, and great grandmother of two. A native of Cleveland Ohio, from a family of educators, she is a retired psychotherapist/counselor and a teacher of many years. Over the years, she has taught everything from kindergarten through teacher education, English, psychology and sociology. Mosetta’s first short, short story was published in the local newspaper when ,at the age of ten, she won first prize in a creative writing contest. In college, her literary essays and short stories were published in the colleges’ literary magazine, The Spectrum. Eventually, she rose to serve as editor-in-chief of the very same magazine. A woman with a myriad of talents, she performed as both an instrumentalist and vocalist, played the piano and flute, as well as teaching chorus, and both instruments. She is also a dog trainer, registered with the State of Ohio to train and certify Handicap Assistant Dogs. A relatively well-known speaker in the Cleveland area, this writer has presented more than a dozen papers and workshops throughout the State of Ohio. A minister ordained in 1980, she states that her main strength resides in her absolute faith and tenacity, a desire to know all that is knowable, a love of research, and the ability to consistently identify the truth of any subject matter. She is a member of has attended numerous writers’ workshops, and is currently active in a critique group. She also has completed several other short stories, a children’s interactive picture book to teach educational concepts, and her first middle-grade children’s fantasy novel that she expects will be published soon.
Posted by Beverly Stowe McClure at 4:13 PM