I think I'll celebrate Earth Day by weeding the flowerbeds. But then bare ground is all I'll have because there are no flowers. I do have some autumn sage and Texas sage and a butterfly bush, but I won't show pictures because they're so pathetic. A gardener I am not.

The nearby fields are looking great. The wheat grows taller every day. Which reminds me: How many times have you seen the heroine in a story described with lovely wheat-colored hair? When I read this description I have to laugh. Take a look at a wheat field this time of year. It's green, yes. A character with green hair must be from Mars. Or else she dyed her hair and it turned out green.

Yep. That can happen. I'm proof. When I was still teaching, I colored my hair one weekend. And it turned green. Not a bright green but a dark green. So when I went to school on Monday, my fifth-graders kept looking at me rather oddly. But the sweet little guys said nothing. I finally brought up the subject by having fun with it. Since our school colors were green and white, I said I wanted my hair to show my support of our football team. Kids painted their faces and streaked their hair. Why not the teacher? They probably thought I'd lost it, but were too polite to say so.

(I never used the ash tint coloring again.) But I digress.

Anyhow, as the wheat matures it does turn golden and by harvest time is a lighter beige. So a heroine with hair the color of ripe wheat would paint a beautiful description.

Have a great week. 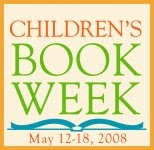 Posted by Beverly Stowe McClure at 9:51 PM No comments: 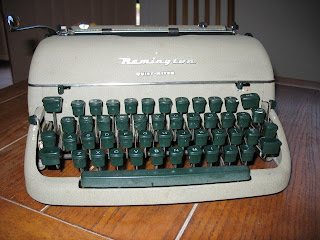 Thinking about all the modern gadgets we have today boggles the mind. Take computers, for instance.How did we ever get along without them? Let's go back a few, okay many, years, before computers came on the scene.

When I was in high school I learned to type on a manual typewriter. Pretty cool, I thought, though my fingers had a bad habit of hitting the wrong keys and my work often came out looking something like this:

Erwey hoof not sirs fome. ( Every good boy does fine - with my fingers one key or more off - if you can't intrepret the sentence.) Poor teacher. Imagine trying to make sense of that. And the print got kind of messy sometimes from all that Wite-out used to make corrections.

Then along came electric typewriters. Whoa baby! Fancy, fancy. When I worked as a secretary for an oil company I barely had to touch the keys and words printed. Changing the ribbon was a mess though, and I ended up with purple fingers that proceeded to smear my nicely typed business letters. Still, it was better than the manual type. Also, unless I wanted to type the whole letter or story over again, I had to use carbon paper to make copies. You've heard of green thumbs for people who grow beautiful flowers. I was the purple fingers girl. Also, one tiny mistake, a misspelled word or punctuation error, and the whole letter had to be retyped. Not fun.

Later, for personal use, I bought a word processor. Neat. Even though the tiny screen showed only a few lines at a time, I could save my work on disk and do away with carbon paper for keeping copies.

And now ...drum roll please ... computers changed the world. I've owned my share. Each one got better and better. You can store pictures, music, make videos, birthday cards, and do almost anything your heart desires with a computer. (Except make it clean house. I'm waiting for that one.)

But ... sometimes a computer has a mind of its own and takes control. Take my laptop for instance. For the past several weeks, without warning, vertical lines or horizontal lines would appear on the screen. Pictures flashed annoyingly behind the lines. I could do nothing with it, except shut the thing down. So I went to the manufacturer's Web site, read the Troubleshooting questions, chose the one that closest fit my problem, and followed the steps it suggested. Thirty minutes later, the reply told me every thing worked right. Well ... what about the lines that weren't supposed to be there?

Next, I contacted a technician, and we had a pleasant Online conversation about my trouble.The tech said it was an easy fix. We just needed to download a new driver. (A month earlier I had talked to a tech on the phone and he said he couldn't fix it unless it was doing its weird thing. Huh?)

Anyhow, I told the Online tech I had never downloaded a new driver. The tech said no problem. He'd do it for me. And lo and behold, he did. All I had to do was sit and watch as the mouse pointer moved here, moved there, and did its thing. Every now and then I had to click OK or yes, for him to continue, but I ended up with a new driver (I suppose) and so far, the laptop works fine. Spooky, huh?

My question is, what next?
Posted by Beverly Stowe McClure at 1:54 PM No comments:

Tell a librarian "Thank You."
Posted by Beverly Stowe McClure at 1:35 PM No comments: