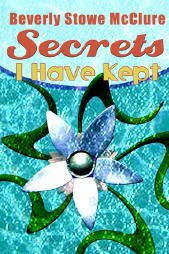 Jennifer Barret has a simple life. She and her father live with their dog Chopin in the countryside. Jennifer's father is a molecular biologist and hopes to discover some of the world's most life saving vaccines through studying plants. But her simple life has suddenly gotten very complicated, for it seems her father's work involves much more than simple plants.

Jennifer's entire world changes with one car ride. Her father, Sam, comes home and promptly drags Jennifer out of the house and into his pickup. They drive on until they are run off the road and her father is taken against his will. Jennifer flees the scene and runs into a boy named Casey, a runaway in search of his absentee father. Now Jennifer finds herself in a land of confusion. Who took her father? Is he still alive? Is anyone who they say they are? And who should she trust?

SECRETS I HAVE KEPT is a good book for anyone, but is particularly suited to younger teens. The plot is well developed, perfectly paced and suspenseful with a sweet romance. While the dialogue is slightly melodramatic at times, the characters are realistic and they mature as the story progresses. As far as mysteries go, SECRETS I HAVE KEPT is a satisfying read and a great choice, especially for preteens.